Topaz is a popular gemstone known for its vibrant and mesmerizing hue.

The word "topaz" comes from the Sanskrit word tapas, which means "fire." Topaz was first mined in Ancient Egypt, and it's thought that topazes were among Cleopatra's most prized possessions.

Topazes are still mined throughout the world, and some of the more notable locations are Brazil, Afghanistan, Pakistan, and Russia. In this article, we will cover everything you need to know about the different types of topaz.

What Is Topaz: Types of Topaz?

Topaz is a tough gemstone with an impenetrable atomic structure. It has been mined for thousands of years and can be found in many different colors.

The most common color of topaz is clear or pale yellow. However, collectors will pay more for rare shades such as green and red (the result of irradiation).

Furthermore, topaz is a very affordable gemstone - especially given its durability. Topaz can be found in jewelry stores all over the world.

Topaz is also a great gift for people born in November. It is, after all, one of the many November birthstones.

Some special kinds of topaz include:

This type refers to any combination of elements that aren't quite transparent but not completely opaque either.

These stones exhibit rich shades ranging from light to dark golden browns when they contain iron oxide within their crystal matrixes. Other contained within this type may also have a colorless background with colored inclusions.

White topazes feature the most common form of this gemstone because they're typically colorless and transparent.

Within these stones, titanium dioxide or zirconium oxide can cause them to be slightly grayish in hue, making them appear white from a distance. 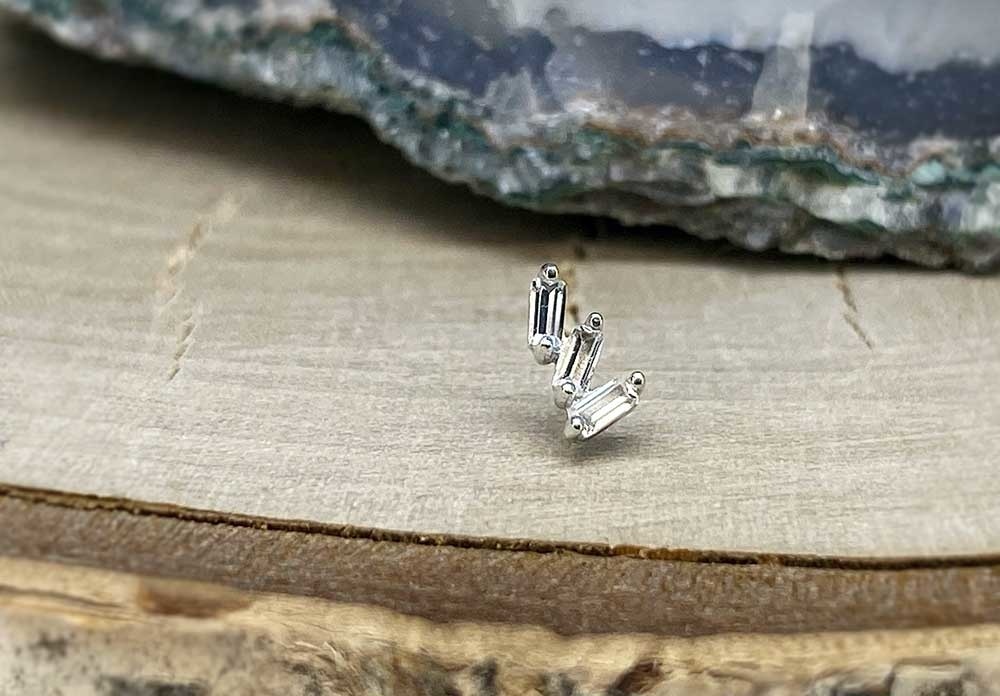 White precious topazes have superior clarity - similar to white diamonds. They're composed of the same chemical structure (titanium dioxide or zirconium oxide) that causes them to be colorless and transparent.

However, these stones differ because they feature an extremely high refractive index, making them appear like perfect spheres when appropriately cut.

This type of topaz is often found in Brazil, Africa, and Russia. Its bright golden yellow characterizes the orange hue caused by titanium dioxide or rutile silk within its chemical structure.

The name "imperial" comes from referencing Roman emperors who wore this gemstone for its beauty and power - also known as a symbol of wealth and royalty.

This type of topaz is known for its sky blue color - which can vary from light to dark depending on the number of titanium impurities within it.

The name "Swiss" was given because this stone originated in Switzerland, although today, most stones are sourced from Brazil or Israel. 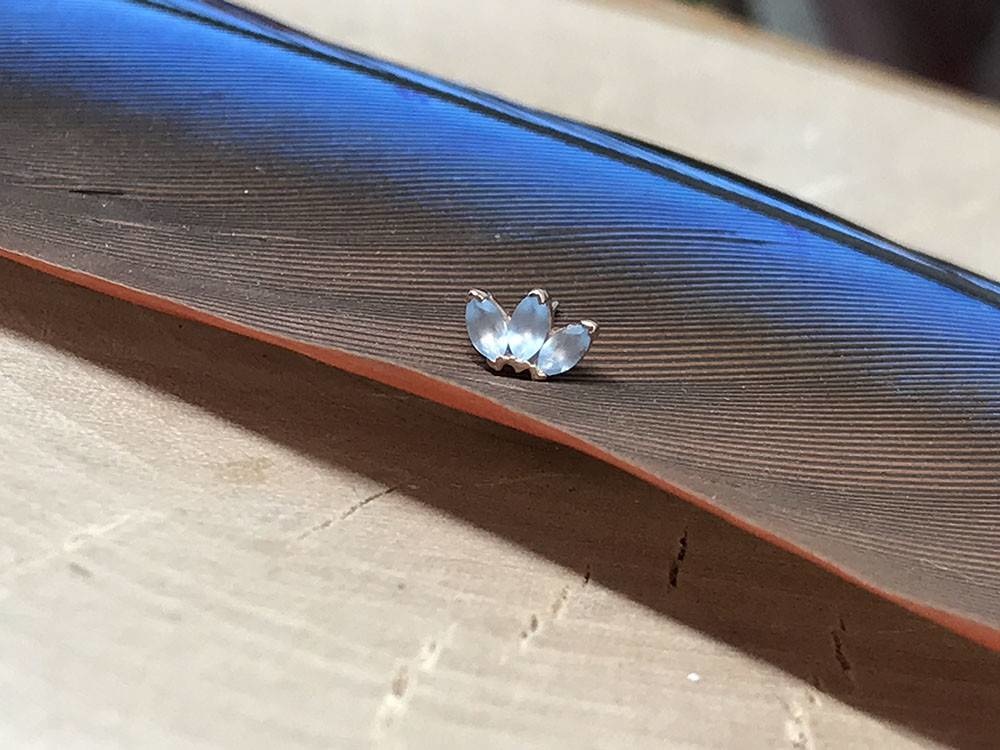 This stone exhibits the same chemical composition as Swiss blue. However, it's differentiated by its more intense indigo hue. The spectrum of topaz hues is very special.

This can vary from light to dark depending on the amount of titanium dioxide within its structure. Blue topaz is quite enamoring.

Green topazes are rare and hard to find. However, this is not always the case, as some countries have a more abundant source.

They're created when the stone is exposed to radiation, and this causes copper within its chemical structure to turn into a green color.

Star topazes have an interesting quality. It is called asterism. This type is created when the stone exhibits a three-point reflection on the surface of its crystals.

This effect can be caused by elements such as rutile silk, hematite, and howlite within its chemical structure. 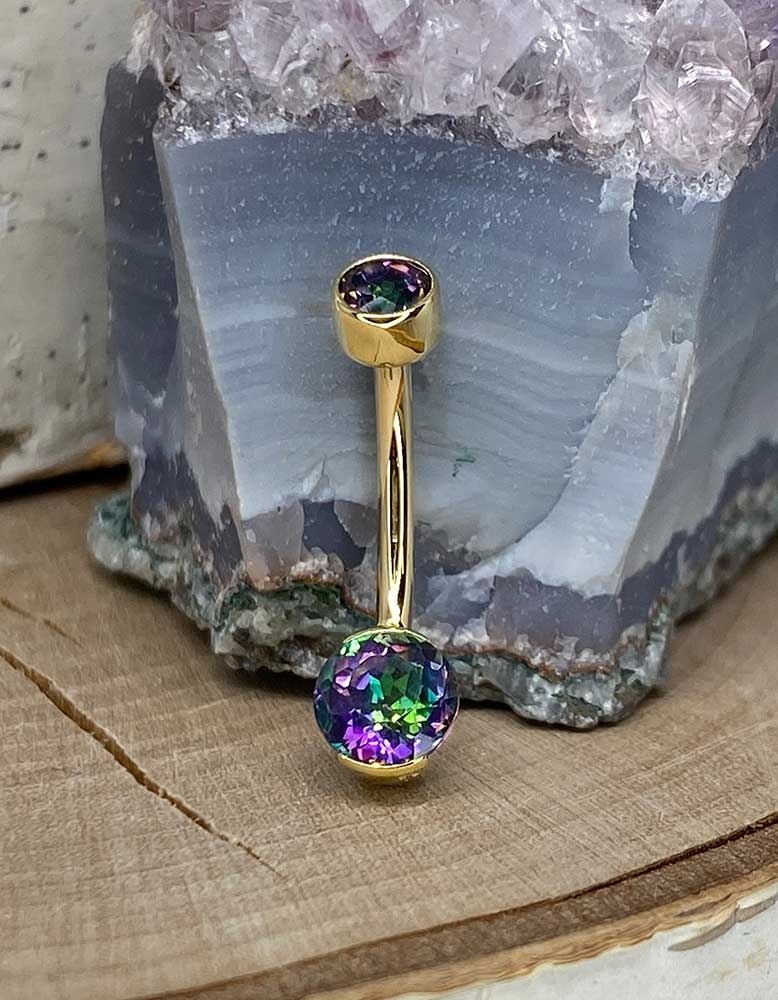 Golden topazes are similar to imperial topaz in that they contain both titanium oxide and silicate within their chemical structure.

These stones feature a yellow-to-gold hue, varying from colorless to light brown depending on the number of impurities present. Gold topaz is often referred to as Honey topaz as well.

Brown topazes have a deep chocolate color, which can be attributed to the presence of manganese oxide within its chemical structure.

Furthermore, these stones can exhibit veining in their crystal structure, which adds an element of beauty.

As with all pink gemstones, pink topaz has been attributed to trace amounts of titanium dioxide or hematine that cause it to exhibit a reddish hue.

For stones to qualify as "pink," they must have an intensity rating higher than light red (such as tourmaline). This often raises their price as well. 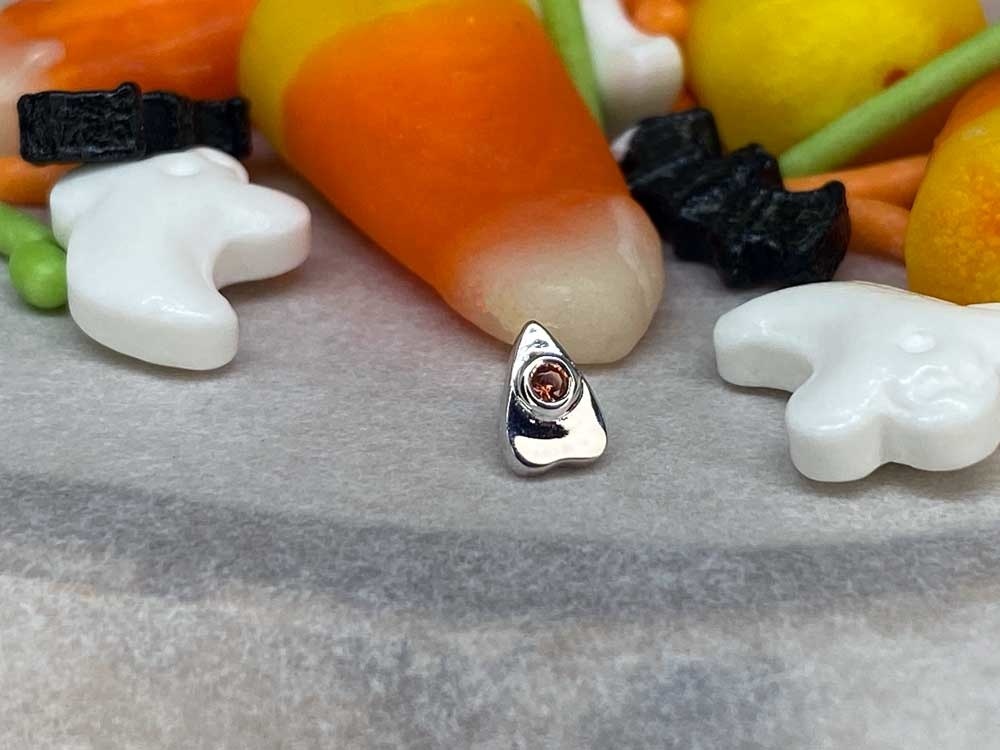 As with all pink gemstones, pink topaz has been attributed to trace amounts of titanium dioxide or hematine gem.

Those minerals cause it to exhibit a reddish hue. However, these stones must have an intensity rating higher than light red to qualify as "pink" - like tourmaline.

This type of topaz features subtle hints of rose gold, mainly due to iron oxide found within their crystals.

A fan favorite at the studio, Mercury Mist has got it all going on! Its close but lighter resemblance to its sister shade Mystic Topaz makes a unique addition to your viewing pleasure.

Its deepest shades run brown but the stone is mostly known for its Aurora Borealis rainbow effect that varies the piece depending on the angle viewed. 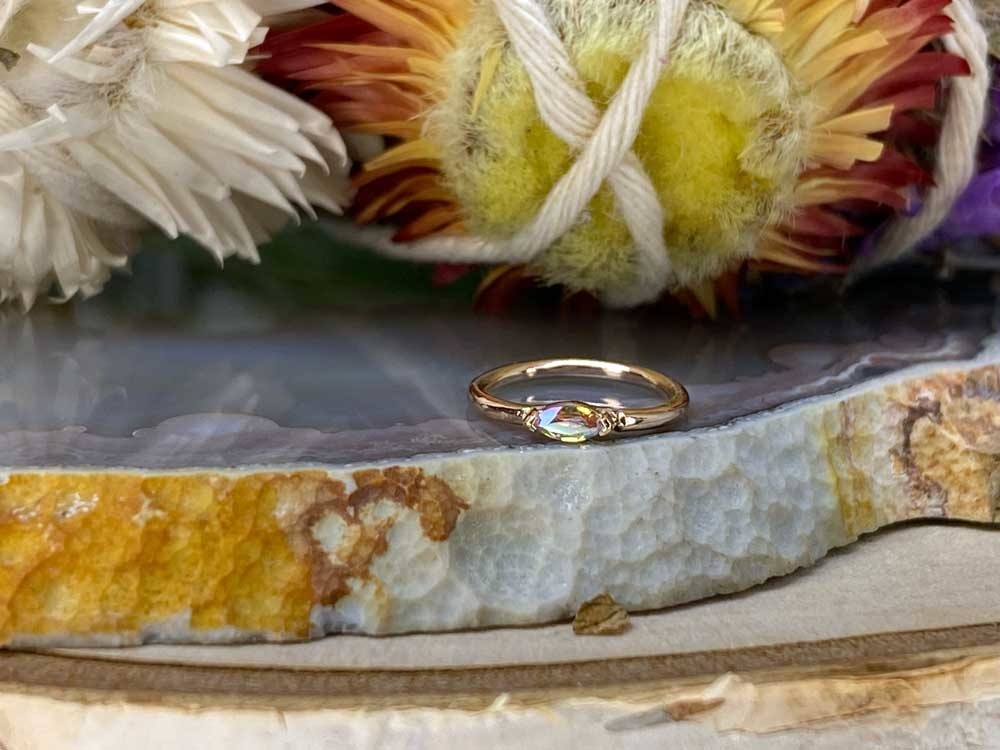 Why Do They Come in Different Colors?

The color of a topaz stone is determined by the presence and amount of elements such as titanium dioxide, zirconium oxide, or iron within its chemical structure.

While most gemstones contain only one element that contributes to their hue (such as emeralds with green hues attributed solely to beryllium).

Topazes come in different shades, mainly due to trace amounts of other minerals present within them.

Now that you understand the simple nature of the different types of topaz, you are well on your way to deciding if you would like one.

In any case, there is no rush. There's plenty of topaz gems waiting for you to make a decision.

If you are so inclined to purchase high-quality topaz jewelry in a preferred color, get in touch with us, and we will happily accommodate your needs. That includes any of the pieces seen today. We can custom order just about anything for you!