Missing the sun on these cold winter days? Well, you can light up your life (or brighten a loved one’s day) with the bright red, fiery gemstone of passion. Garnet is the birthstone for January, but its healing properties, symbolism, and intense beauty make it the perfect gem for anyone. 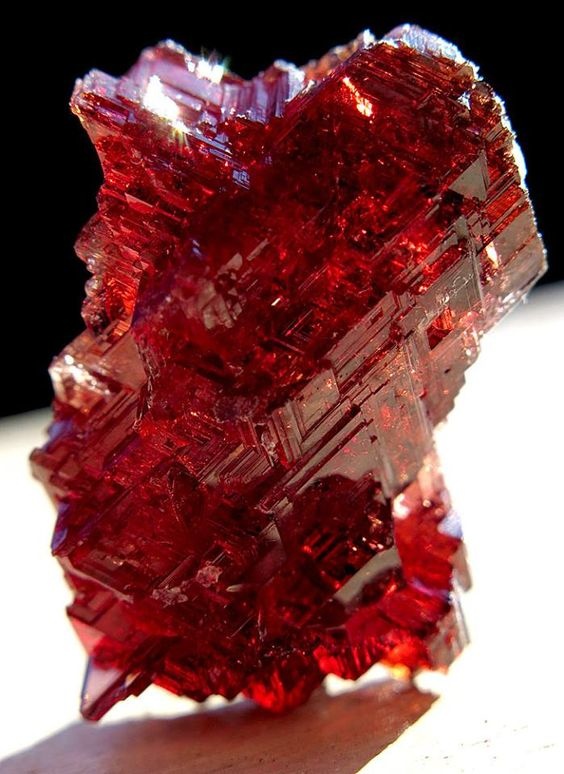 In terms of its “classification,” garnet consists of several species, or varieties, including andradite, pyrope, grossular, and spessarite. Because of the variety, the garnet family is one of the most complex sets of gemstones in the gem world.

Garnet has a long and storied use throughout history, including cultural significance throughout the world. In Persia, for example, the gemstone was thought to be a talisman, or protective ornament, from nature’s forces like storms and lightning.

Different Types and Varieties of Garnet 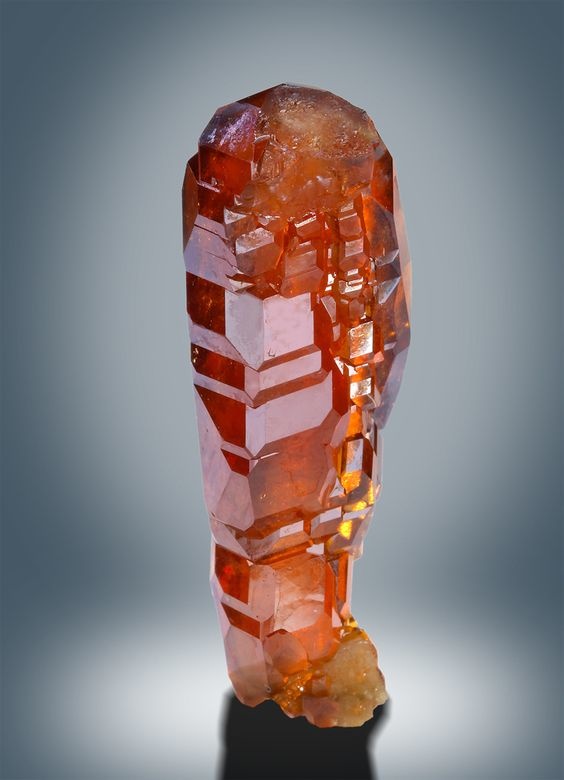 Although garnet is commonly associated with the color red–the name “garnet” comes from the Latin word Garanatus, meaning seedlike, in reference to the bright red seeds found inside certain fruits like the pomegranate, as well as the Middle English word gernet, meaning dark red–these gemstones can be found in many colors ranging from earthy tones to deep purples and even shades of green.

The garnet “family” consists of many different varieties, including: 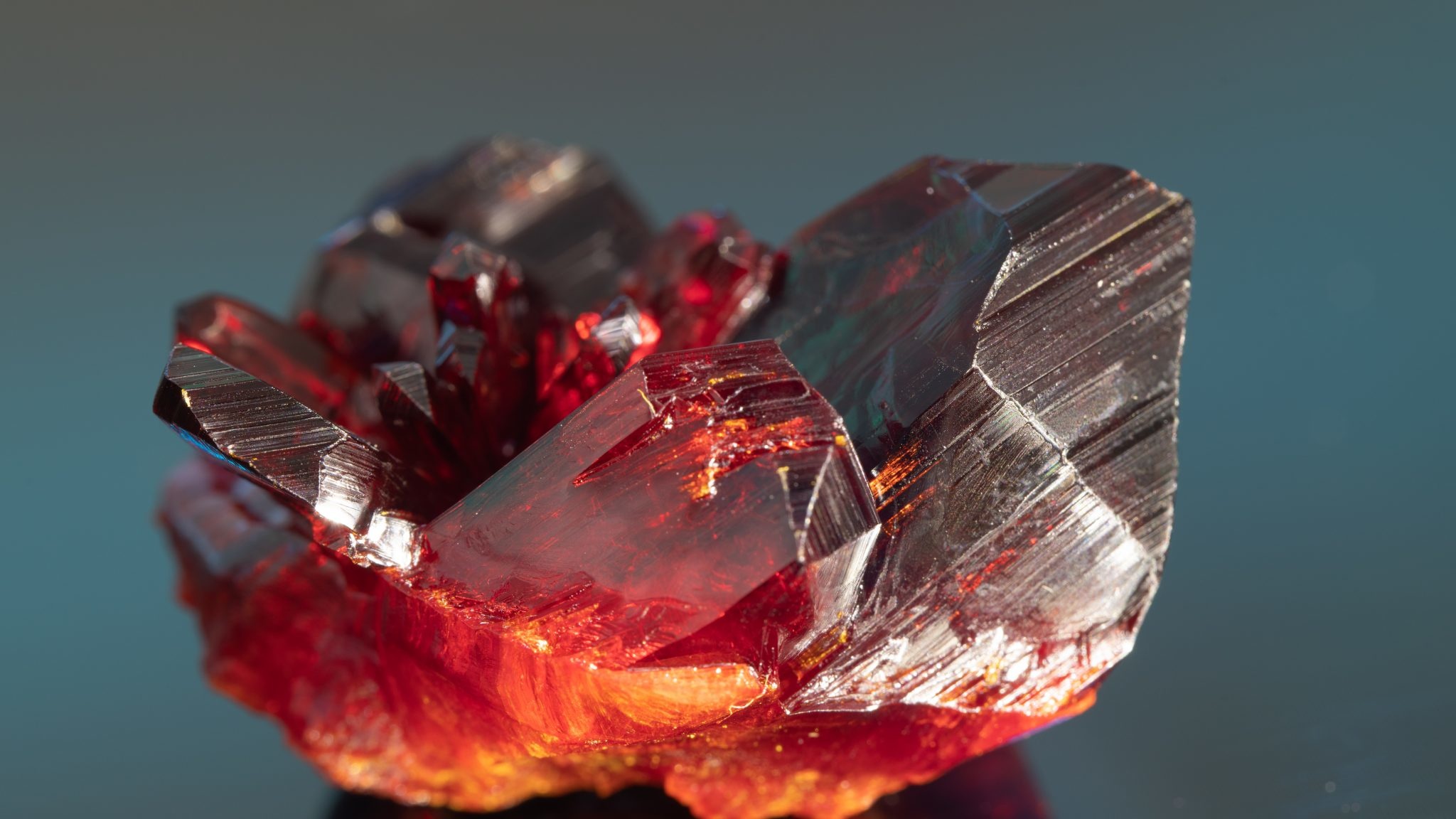 Although garnet is the January birthstone, its association with the sun in sacred religious texts also makes garnet popular among Leos (ruled by the sun in the horoscope). Although rubies are said to “harness” the power of the sun most effectively, some texts, such as the Hindu Shastras, advise the use of red garnet stones to get similar effects. Garnet is also the birthstone of Aquarius and Capricorn born in January. 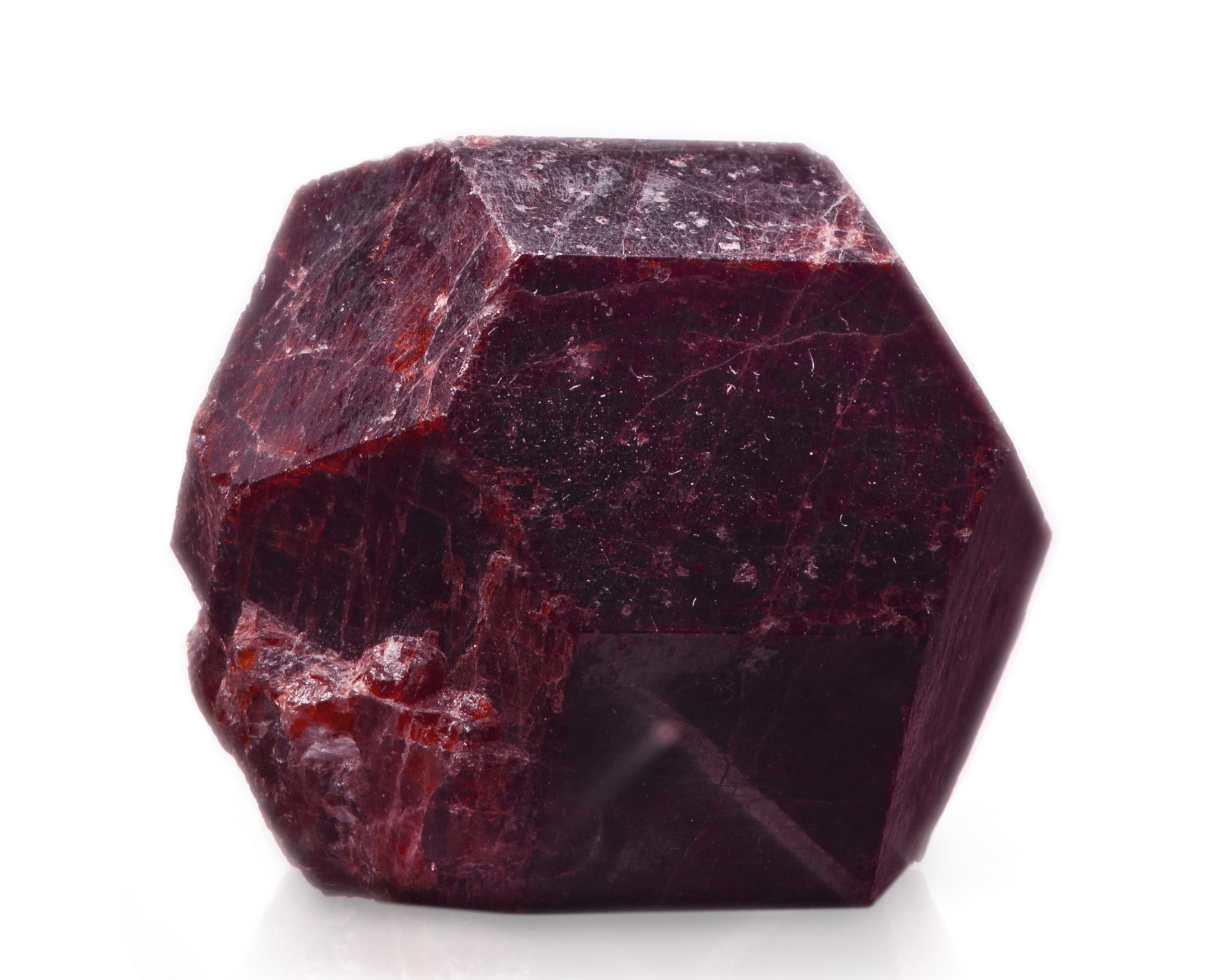 Thanks to garnet’s traditional deep red color, this gemstone has long been associated with the heart, and thus it stands as a symbol of love and friendship. Garnet is the gemstone of second wedding anniversaries and is also a symbol for the safe return of a friend or loved one; garnets are said to protect travelers on their journeys, and are often given to friends or loved ones as a token that they will meet again after their safe return.

The “inner fire” that gives garnet stones their radiance also symbolizes the life force, or creative energy, dormant inside all of us. This gemstone is said to positively charge the wearer or admirer with creative power, or provide the energy to help remove creative blocks. Similarly, garnet is known as a “mental stone,” with properties said to help turn negative thoughts into positive ones.

In terms of its historical significance, garnets were among the most commonly used gemstones in the Late Antique Roman world. Red garnets were especially used in ancient cloisonné pieces, a style of decorating metalwork objects with stones, crystals, precious metals, and other colored materials. There is also historical evidence that points to an established garnet trade route between the Roman Empire, South India, and Sri Lanka, three well-known sources from antiquity for garnet and other gemstones.

We are proud to offer a variety of fine, genuine garnet body jewelry, including these stunning 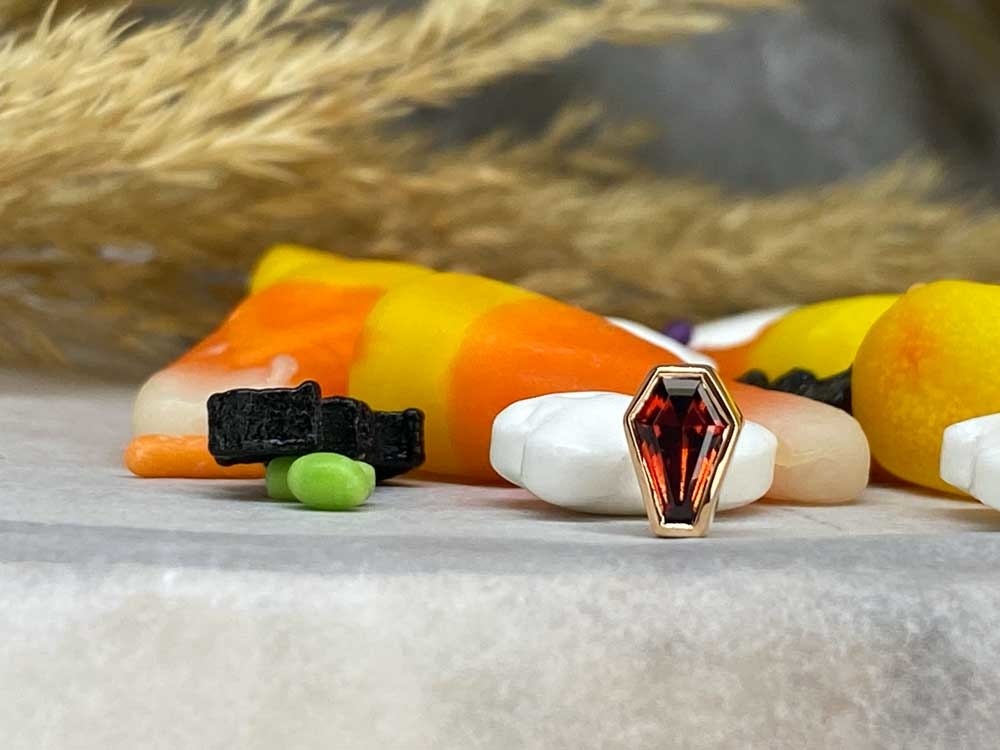 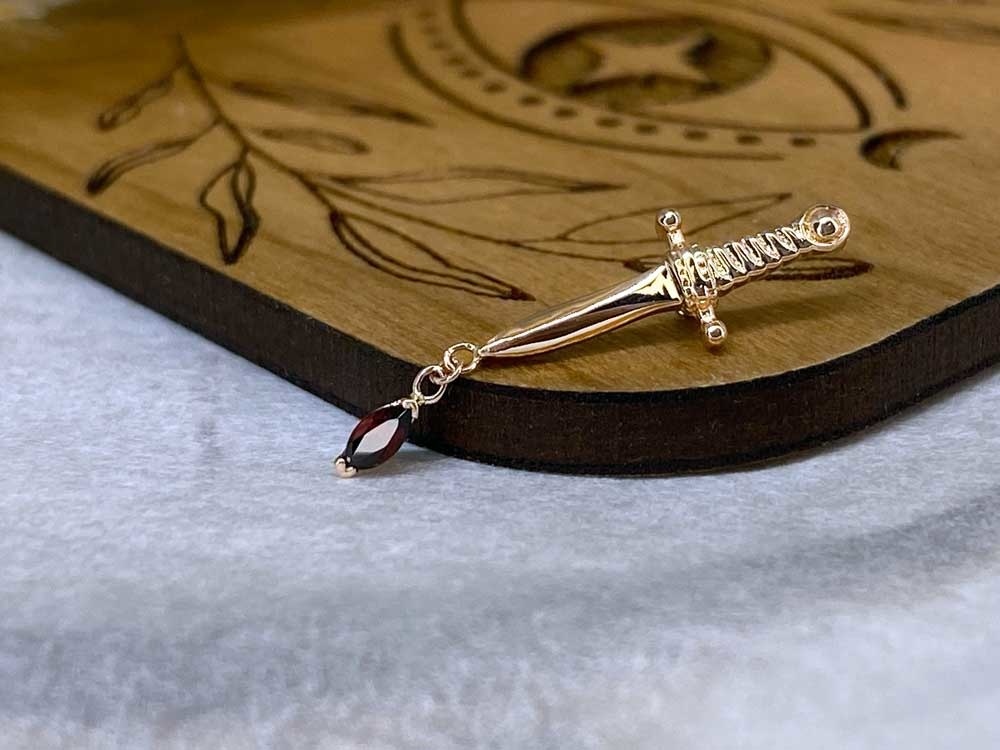 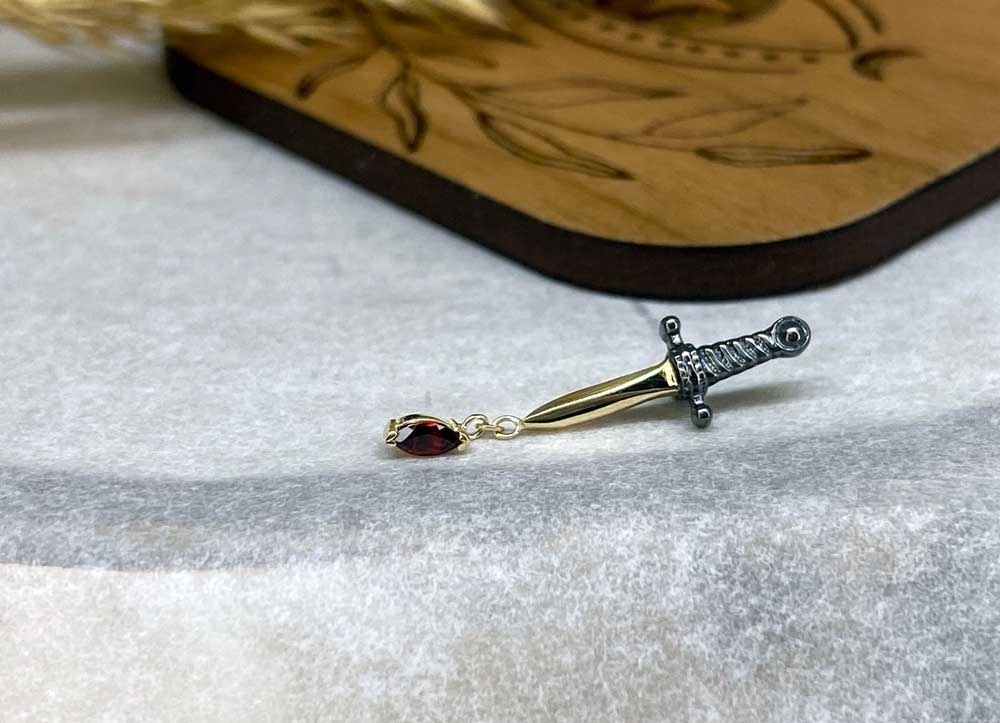 All of these beauties are perfect for your conch, helix, and flat piercings.

If you have any questions about our garnet jewelry for sale, get in touch with us and we’ll help connect you to the perfect piece for you or a loved one.